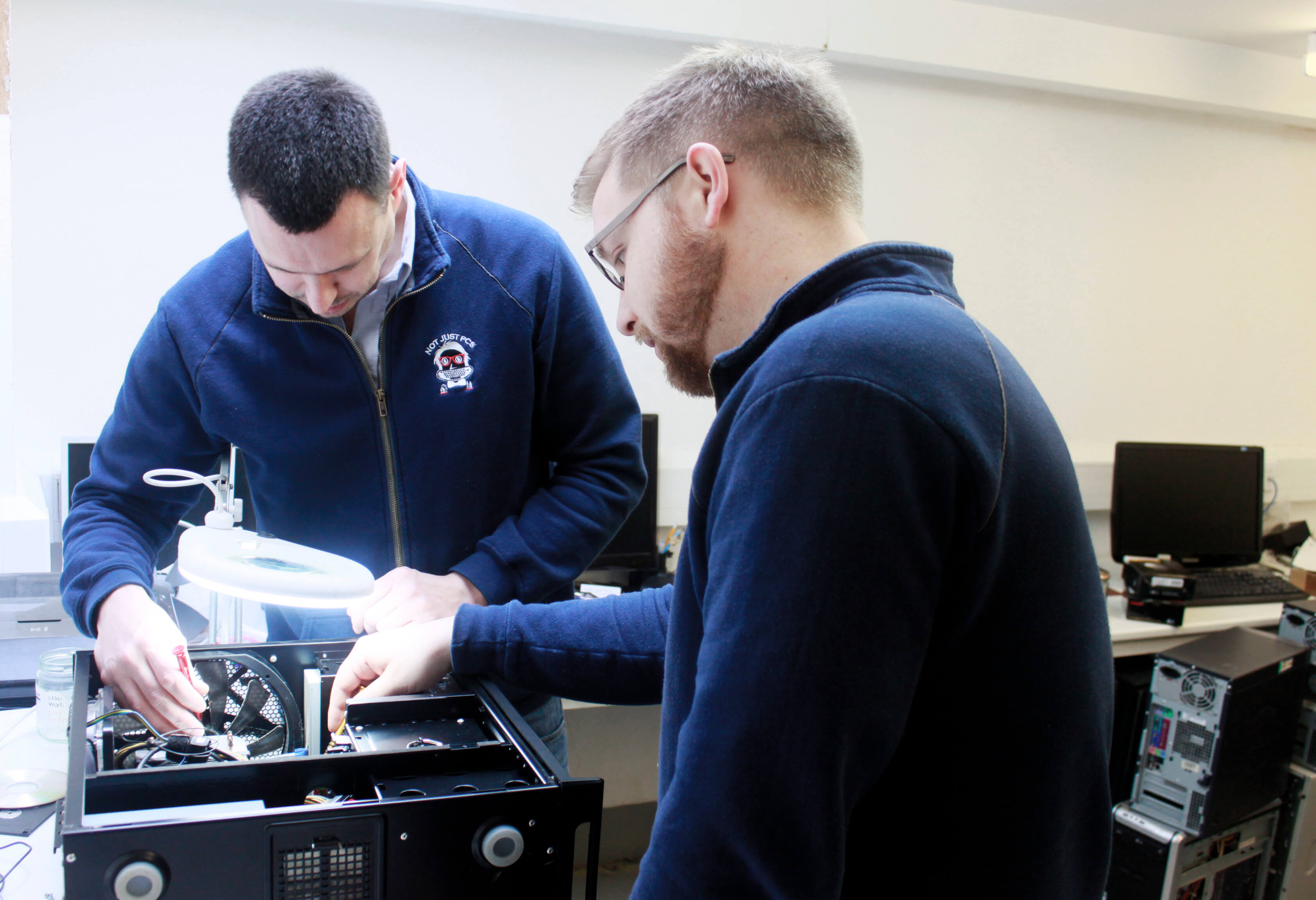 Not Just PCs started in January 2011, when having worked in the IT industry for some years, we decided to work together to build a business of our own. Still growing now, we welcome new clients on a weekly basis while continuing to support our long term customers.

For over 20 years, Pete has worked in-house for large organisations such as American Express, Sussex Police and Toyota GB. During this time, he specialised primarily in comprehensive data services and automation.
Having started Not Just PCs with Nick, he now focuses on web services that empower small to medium sized businesses with comparable capabilities to their corporate counterparts.
Living in Hove, Pete loves pretending to walk the dog while actually having a nice cup of tea and a good sit down by the sea. As this usually includes a piece of victoria sponge, he can, on occasion, be spotted at Brighton Boulder trying to work off the guilt.

Phil joined the team as the general office boy nearly two years ago, a large part of this job is keeping Pete in check!
While he’s had a variety of jobs in the last few years including childcare and motor insurance claims, he’s always had an interest in technology which has proven invaluable to NJPC.
As he’s a stay at home dad first, and a geek second, we only get his part time help at the moment.
Not least because when he gets some rare spare time, he chooses his PlayStation and watching terrible American TV over looking after the geeks!